Ok, I can't give a certain description of this bug, but it exists. Under some circumstances, the AI will not shoot at a stationary target directly in front of it when the AI ship is also stationary. This appears to be dependent on the angle/distance between the two entities. Since this is an usual thing in Trans, this may not be a major concern, but it can cause problems for autons and attacks on stations.

Example: 300D auton ordered to "Break and attack" fired a few shots at this mine, then apparently gave up. It sat there, stationary, aimed at it, but not firing. After a while, it twitched and fired a few wild shots, then continued to not shoot at it. Eventually, the auton moved to a different angle (below the mine), and started shooting again properly. Image is attached.

This could be caused by a lot of things, but it's possible that the recent AI changes due to rotational acceleration have caused some problem with the existing fire-control code. 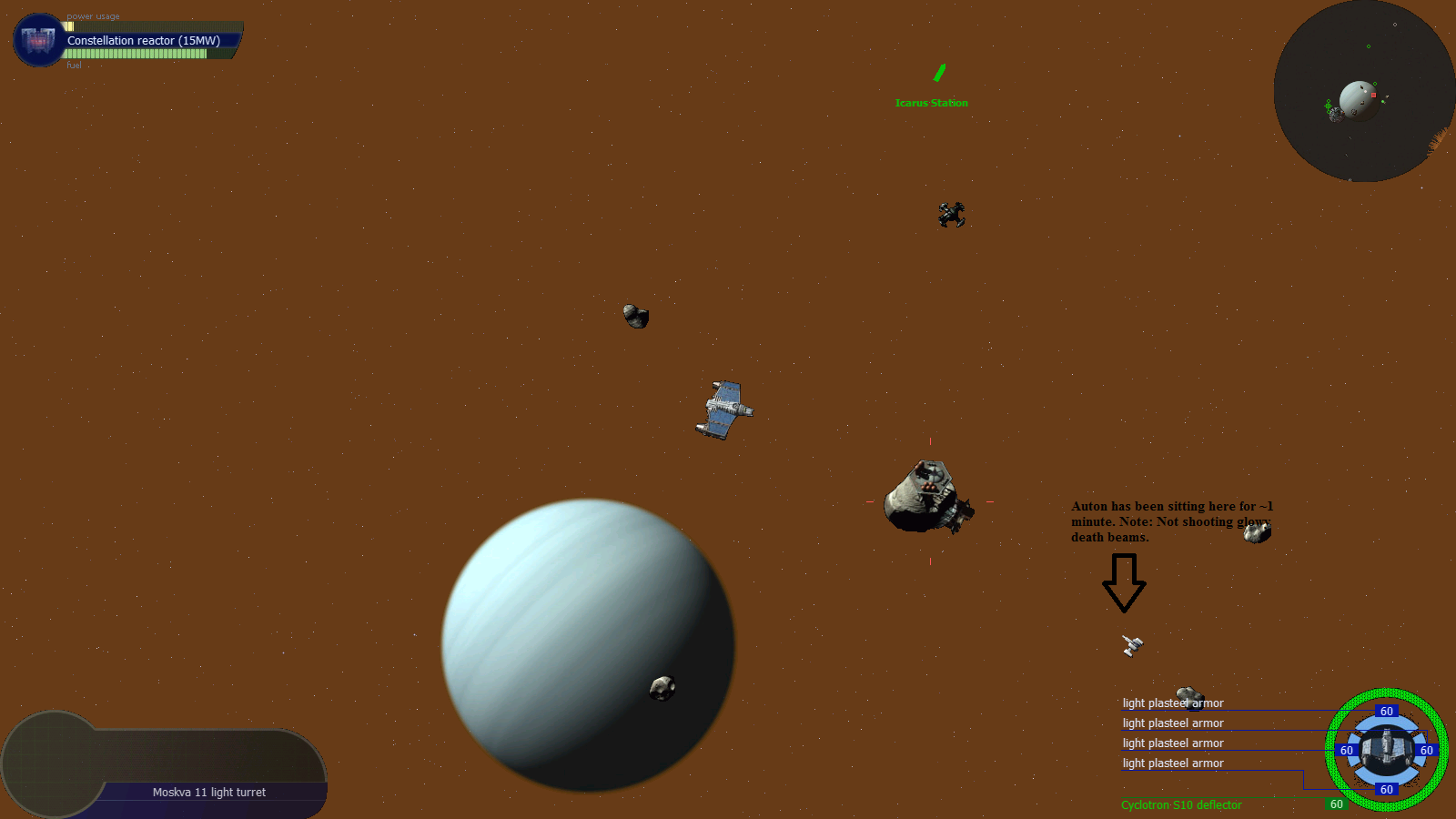 Ok, tested it more after AssumedPseudonym suggested it might be FF-code. And it is....it's just that I'm directly behind the target.
Mischievous local moderator. She/Her pronouns.
Top

I noticed that swarming ships fire much less now that they check for friends. It is nice, and it made writing mining AI (for autons) easier.

However, I would like to have the option for the old-fashioned AI that neither cares nor checks friendly-fire because the aggressor is evil enough to mow down teammates who get in the way.
Download and Play in 1.9 alpha...
Drake Technologies (Alpha): More hardware for combat in parts 1 and 2!

Other playable mods from 1.8 and 1.7, waiting to be updated...
Godmode v3 (WIP): Dev/cheat tool compatible with D&O parts 1 or 2.
Star Castle Arcade: Relive classic arcade gaming in a new Transcendence adventure!
Playership Drones (WIP): Acquire more wingmen from Ship Broker. Unfinished, but updated to 1.8 beta.
Drake Technologies (Alpha) for 1.8: If you do not have 1.9 alpha 1...
Top
Post Reply
3 posts • Page 1 of 1