In the third sector of my empire I just discovered I can designate worlds in the Dark Nebula as a shipyard but not as a ram yard. I can not fly starships there.
Top

I'm now officially hooked on this, which is basically Anacreon on steroids, so I don't think I'll be coming back for a long time haha!

And no, I will not be leaving parting gifts of fleets for anyone. It is the Imperium's final wish that all worlds east of the Terra cluster be granted to the Crystalline Federation, once the defenses have attritioned away. If Crystalline takes Terra, please designate it to a foundation world as a memorial to the largest empire in Era 3 so far.

Suicide is anti-climatic and generally frowned upon because you can't have a ghost for an enemy. However, for the one who suicides, a matter of justice is dealt. It is a massive screw you, rather than a way out. The general rule of thumb for things past is you can make up whatever you want.

So passes the Imperium, bane of the galaxy, who was determined to rule or die and usually achieved a little of both.

The real truth of what happened to the Imperium is the Bugz sent a massive encrypted virus to each of his worlds. This virus crippled all planetary systems for thirty minutes. Within those thirty minutes, every single planet declared independence. A decisive victory for the Kingdom of Bugz.

The galaxy will forget you quickly. Your dust shall be scattered far. No one will remember your name. 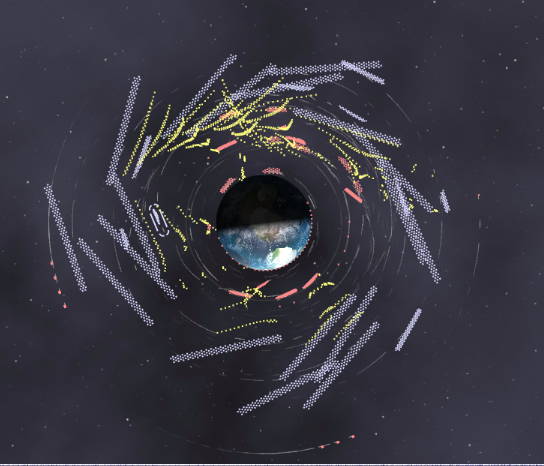 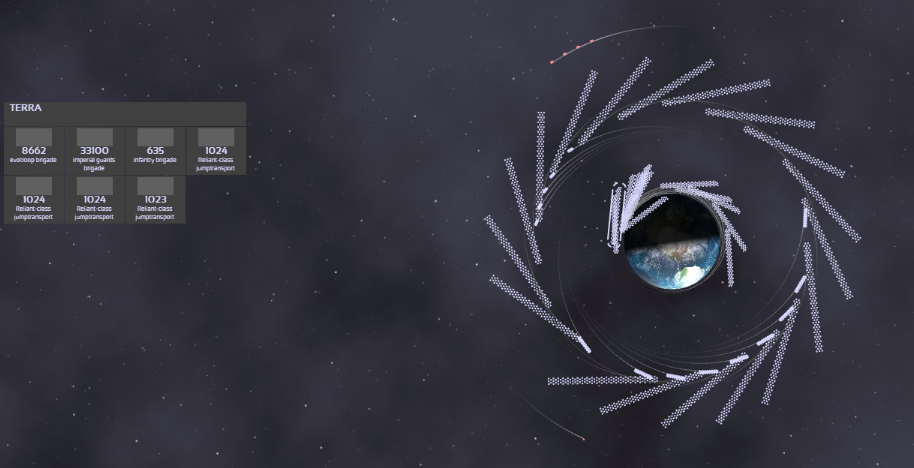 My empire was created, and as I began to explore I saw one empire everywhere. I asked how did one empire get so large? I was told back the beginning times of the galaxy there very were few empires. One empire through great skill, some luck, and a great deal of good strategy seized their opportunity and grew strong. Now with the abdication and fall of Imperium; I wonder can another empire fill the void that was left before the great empire gobbles up the remains? How does the galaxy prevent this imbalance from ever happening again?

Looking
Chronicles of the Galaxy
Top

The simple answer has two solutions.

Can we please have a way to turn off the labels on the planets. Many times the label hides the button for the trade routes.

I also would like to see the highlighted trade routes in a brighter color. On my laptop there is not a lot of difference between the two.
Top

So, who is now in the top three largest empires?
Top

In a desperate ploy against the Kingdom, military strategists and supporters known by the name of The Silent Path have led a rebellion to overthrow the Kingdom of Bugz and wipe out the all empires from the galaxy.

The ploy was simple, pose as a separate corporation to compete with the other trading empires in the area of the Meshpone Traders Union capital planet of Choo Three. When they had enough support, they would strike. On 4041 they let their true colors fly, attacking and taking control of the Kingdom of Bugz North West cluster. They also managed to turn 470,050 Minotaurs-class Gunships and 1,012,236 Eldritch-class Jumpships which are currently enroute to the Ferengi home world of Ferenginar. Thus becoming the Western Traders Union. Currently, their forces have decimated Ferengi's clusters in the west.

On behalf of all those fallen defenders, please rise up in defense of Ferengi and of the Bug Kingdom. Destroy the Western Traders Union before it takes over the Kingdom and all hope for peace is lost. I fear that if the WTU is not stopped, the entire galaxy will succumb not only to war, but to eternal silence of The Silent Path.

With the help of the Mesophan Traders Union, the only traders union the Ferengi recognize as legitimate, the Ferengi quickly bought over a million each Udine and Eldritch ships and easily flattened the WU/Bug forces near our home-world.

Liberation of our western worlds will commence shortly.

Not an external event, controller of Bugz is having a fun time role playing, I would imagine because the great galactic peace was boring to empires not stockpiling AES. On a side note, I am really glad I wrote that script to buy a million ships at once, buying 1K at a time and merging/sending would have been horrible.
Top
Post Reply
393 posts