Encircling Earth are two enormous rings — called the Van Allen radiation belts — of highly energized ions and electrons. Various processes can accelerate these particles to relativistic speeds, which endanger spacecraft unlucky enough to enter these giant bands of damaging radiation. Scientists had previously identified certain factors that might cause particles in the belts to become highly energized, but they had not known which cause dominates. 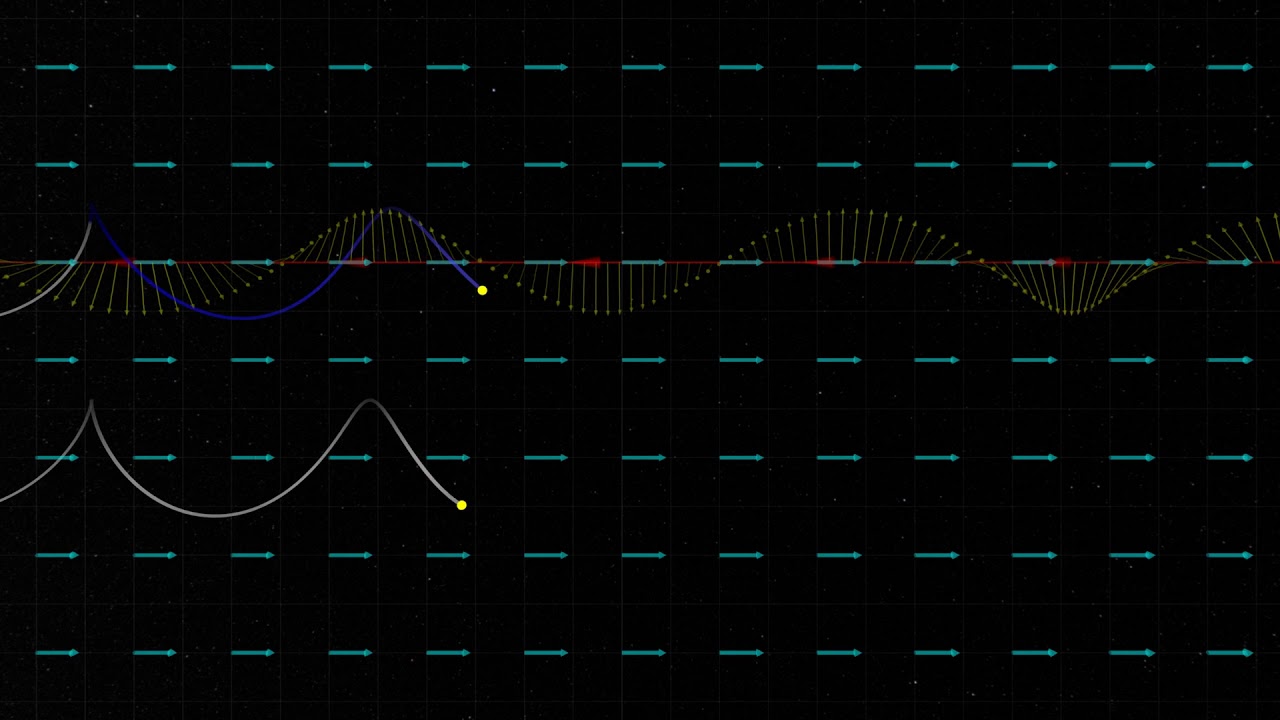 In a background magnetic field, represented by the cyan arrows, two electrons are propagating to the right, executing identical gyromotion. A circularly polarized electromagnetic wave approaches the upper electron from the left.

Now, with new research from NASA’s Van Allen Probes and Time History of Events and Macroscale Interactions during Substorms — THEMIS — missions, published in Geophysical Research Letters, the verdict is in. The main culprit is a process known as local acceleration, caused by electromagnetic waves called chorus waves. Named after their characteristic rising tones, reminiscent of chirping birds, chorus waves speed up the particles pushing them along like a steady hand repeatedly pushing a swing. This process wasn’t a widely accepted theory before the Van Allen Probes mission.

Establishing the main cause of the radiation belt enhancements provides key information for models that forecast space weather — and thus protect our technology in space. 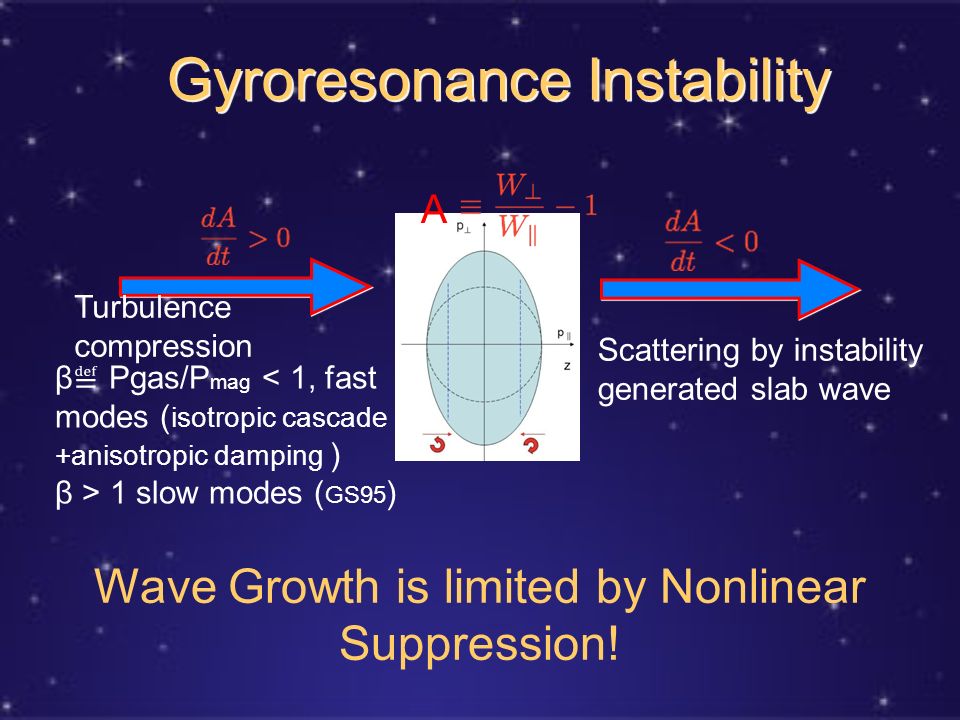 There are two main causes of particle energization in the Van Allen belts: radial diffusion and local acceleration. Radial diffusion, which often occurs during solar storms — giant influxes of particles, energy and magnetic fields from the Sun, which can alter our space environment — slowly and repeatedly nudges particles closer to Earth, where they gain energy from the magnetic fields they encounter. Many scientists had long thought this was the primary, or even only, cause of energization.

However, early on in its mission, the Van Allen Probes showed that local acceleration, which is caused by particles interacting with waves of fluctuating electric and magnetic fields can also provide energy to the particles. The new research, which looked at nearly a hundred events over almost five years, shows that these wave-particle interactions are responsible for energizing particles around Earth 87 percent of the time.

The scientists knew that local acceleration was at work because they observed mountains of energetic particles growing in one place, as the local acceleration mechanism predicts, rather than sliding in Earthwards as diffusion would.

That’s a large percentage for a process that wasn’t perceived as a strong candidate even five years ago.
Flying Irresponsibly In Eridani......