This is a moderated forum that collects tutorials, guides, and references for creating Transcendence extensions and scripts.
Post Reply
2 posts • Page 1 of 1

I was trying to make space backgrounds a bit more complex than just noise over clouds, since the release of Part II and its great looking backgrounds. I tried a few things, like hand-painting dust and even using fractal generators to get nebula detail. Turns out there's an easier way (there usually is, apparently).

Spacescape is a free tool by Alex Peterson that's generally used for skyboxes in 3D engines. It will export six images when you're done, which you can export as 2048x2048 (standard background size). Load up the best looking one in GIMP, and use the "make seamless" filter, and you have yourself a space background. 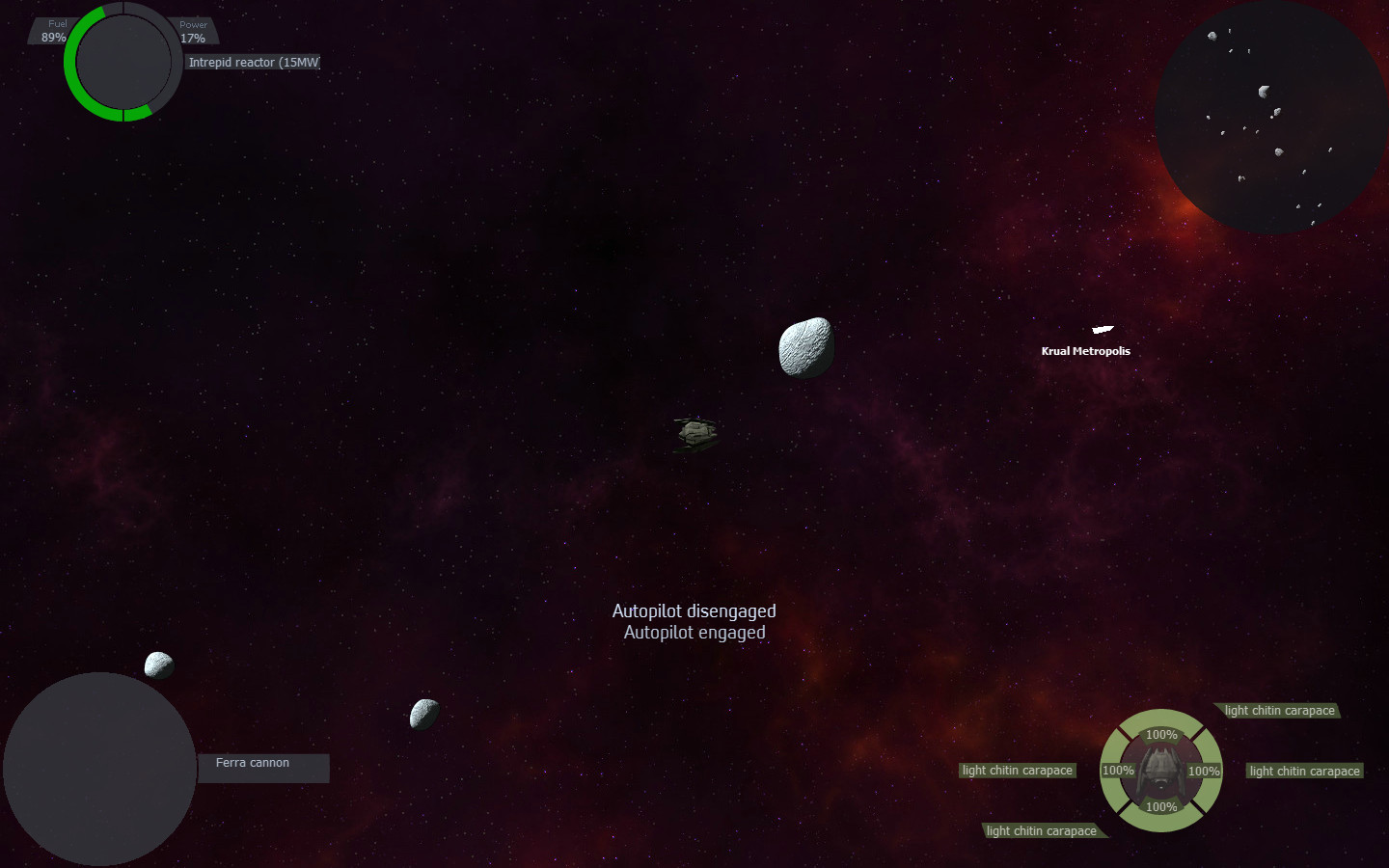 
These look impressive right away, but I would caution against making them too gaudy - Billboard stars and brightly coloured stars probably don't fit too well. Some of the packaged configurations, like "green nebula stars" would probably fit well.
Project Renegade (Beta) : "The Poor Man's Corporate Command!"
Real programmers count from 0. And sometimes I do, too.
Top

looks great !
thanks for sharing this.