New releases and announcements from George and the staff.
Post Reply
37 posts

This new version is mostly designed to support the upcoming Corporate Command expansion. But I've also made some major balance changes:

1. I removed two star systems in the Outer Realm, since that part of the game seemed a little slow.
2. I rebalanced several ship classes, mostly in the mid-game, since that seemed a little harder.
3. I rebalanced station HP/armor and treasure so it is more proportional.
4. Capital ships (and larger freighters) have more internal hit points, so they survive longer even if you've pierced their armor.

I also made some minor visual changes:

5. Most planets and asteroids have been re-rendered
6. Nebula have been redone
7. Laser, kinetic, and particle beam effects have changed slightly.
8. The new UAS ships (Oromo, Sotho) are included.

And of course, there are likely to be lots of bugs:

9. Creating the game is a lot slower (mostly because of the code creating nebula) but I think I can speed this up.
10. I fixed a couple of crash bugs but also introduced one or two more. I've added debug code to help me catch them.

Lastly, I've made numerous enhancements to modding, but I don't have time this second to describe them all. I will do a follow up post next week.

EDIT: A few things I forgot to mention: Turn on the music if you want to hear the latest composition; it's a preview of what the full soundtrack will be like. It's a short piece that plays during the intro.

Also, I've tried to keep it compatible with previous games, but I still strongly recommend you start a new game.
Top

Woah ! George ! This is a major update !
The new asteroids and planets are soo beautiful !

Slightly ?! The new lasers are wonderful ! I love them !

Downloaded awesomeness.
Tutorial List on the Wiki and Installing Mods
Get on Discord for mod help and general chat

Couple things I noticed as a result of spamming 'n' in the start screen:
1. beautiful music, it's orgasmic :3
2. the visible damage is a bit much here. I'm okay with it but I think others will bring it up.

*drool monkey* Nice! I have to play again soon when not dealing with my Customer Support backlog grrrrr...
Top

Multiverse still doesn't work for me.
"Unable to Register
Unable to send command to server"
Top

somethings wrong with my ISP provider again. not able to download.

heck i'll try another time(when the weather improves). guess i'll take the word of the guys above for it.

Jay, looks like the latest transdata is working ok for extracting the tdb. I had no problems.

Srry, should have checked first.
Top

I think that the weapon optmizer ROM is broken. My laser is now super ! 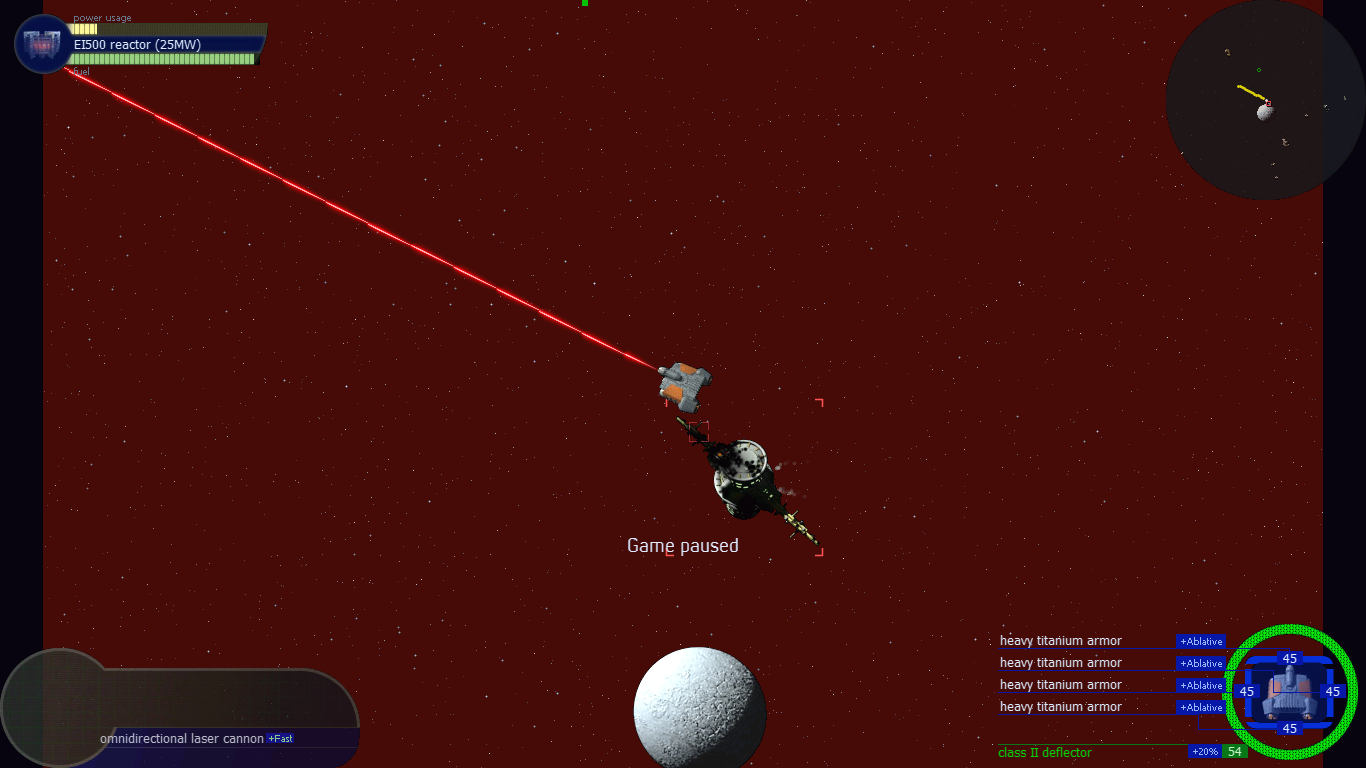