New releases and announcements from George and the staff.
Post Reply
27 posts

KaoS wrote:link to the xml, please?

shanejfilomena wrote:Sorry, I think I found something that is NOT my fault..I am pretty sure of it

That looks like an overwritten Charon Frigate in an older mod. The sprite got upsized a bit recently, and that screenshot looks like a classic case of a mod that’s declaring the wrong size for a ship’s sprite. No, I wouldn’t know a thing about that from personal experience in my own modding career. Whatever would make you think that? <.< >.> <.<;

my over write for the extension I am using is on only on the Centauri.

If anything my extension would call an unused image if it still exists in the game files - like I often call the old Centauri Command Ship or the old Missile ship Freighter.
Flying Irresponsibly In Eridani......

You mean the one that Korolov uses in base attacks?
Permadeaths: Vanilla, CC (No Domina Powers), EP

KaoS wrote:link to the xml, please? 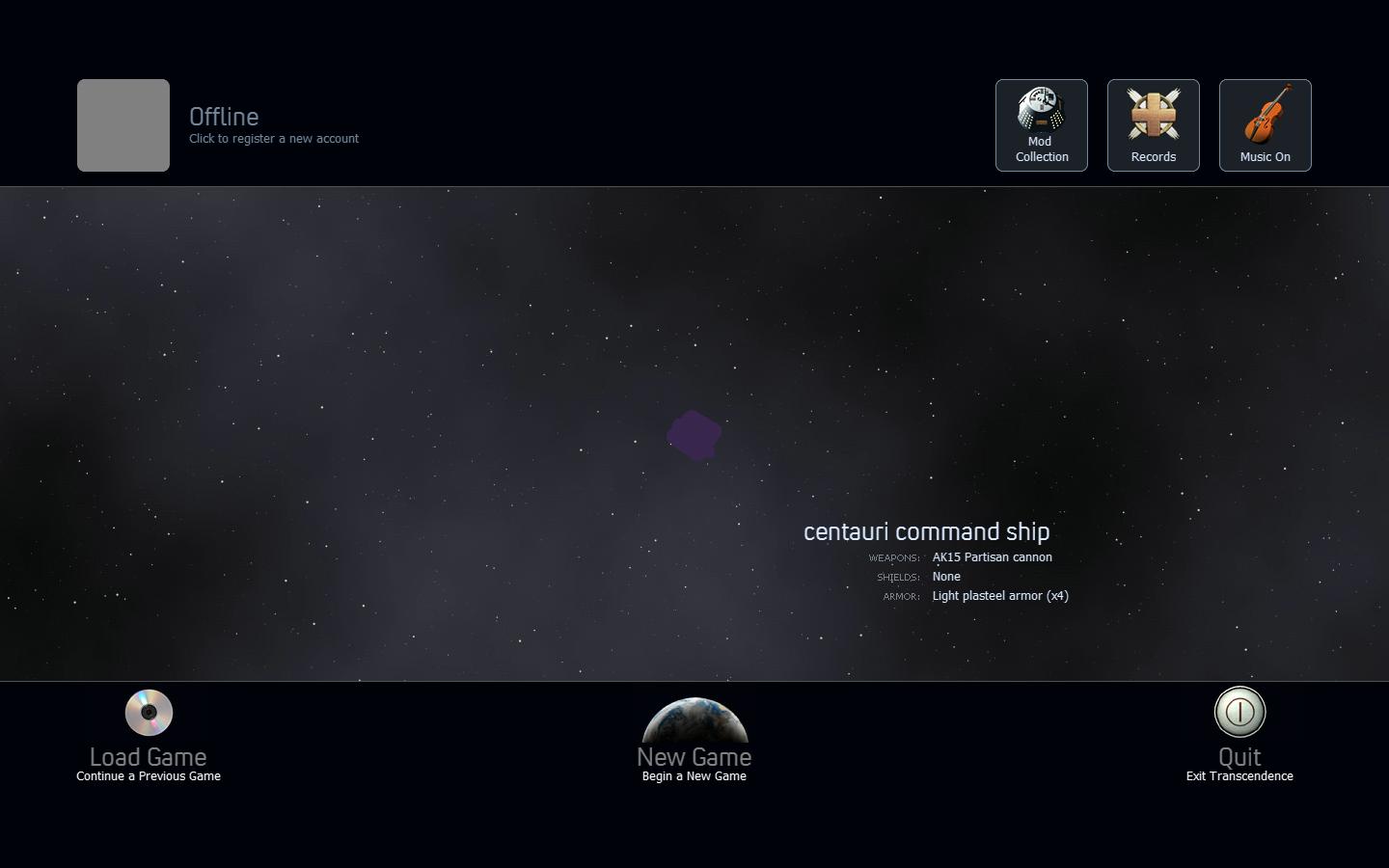 
Not a bug. Obsolete sprites are replaced with purple unless you're running a compatibility extension. It's only there for old mods.
Mischievous local moderator. She/Her pronouns.
Top

Unless an unmodded system is loading obsolete ships in the startup display. That would be a minor bug, but none-the-less a bug.
Top

I like to use that ship myself in my personal games:)

Just be reminded - using a Playership Drone's images, etc outside of a personal game requires permission from the creator of that extension.
Flying Irresponsibly In Eridani......

I need to see this one in particular to update a mod:

Xelerus just seems to have the latest xml files under the "sources" category, and the last update to images seems to have been quite awhile ago.

Am I missing it?

Is there a link that includes all the latest image resources?

you can use transdata to open all of the current version's resources, including images.

trandata for noobs
"You're supposed to have terrible aim in a barroom brawl. How else are you going to get everyone in the whole place involved?" - mucat
Top

Astraltor, thanks for posting both of those links. It turned out to be much easier than I expected, and only took a few minutes!
Top
Post Reply
27 posts