Can you get heat stroke in the coldness of space? Xortek Corporation certainly has figured out how to do that. Work on plasma-based technology left its employees a little bit unhinged, but that's just perfect for a pilgrim that abandoned their family based on a vague dream!

This mod consists of two extensions, 'Xortek Corporation' which adds a station, NPC ships, missions and weapons and 'Garnet Playership' which lets you start your Eridani adventure with a Xortek Corp ship. You can find the stations in systems past Point Juno. 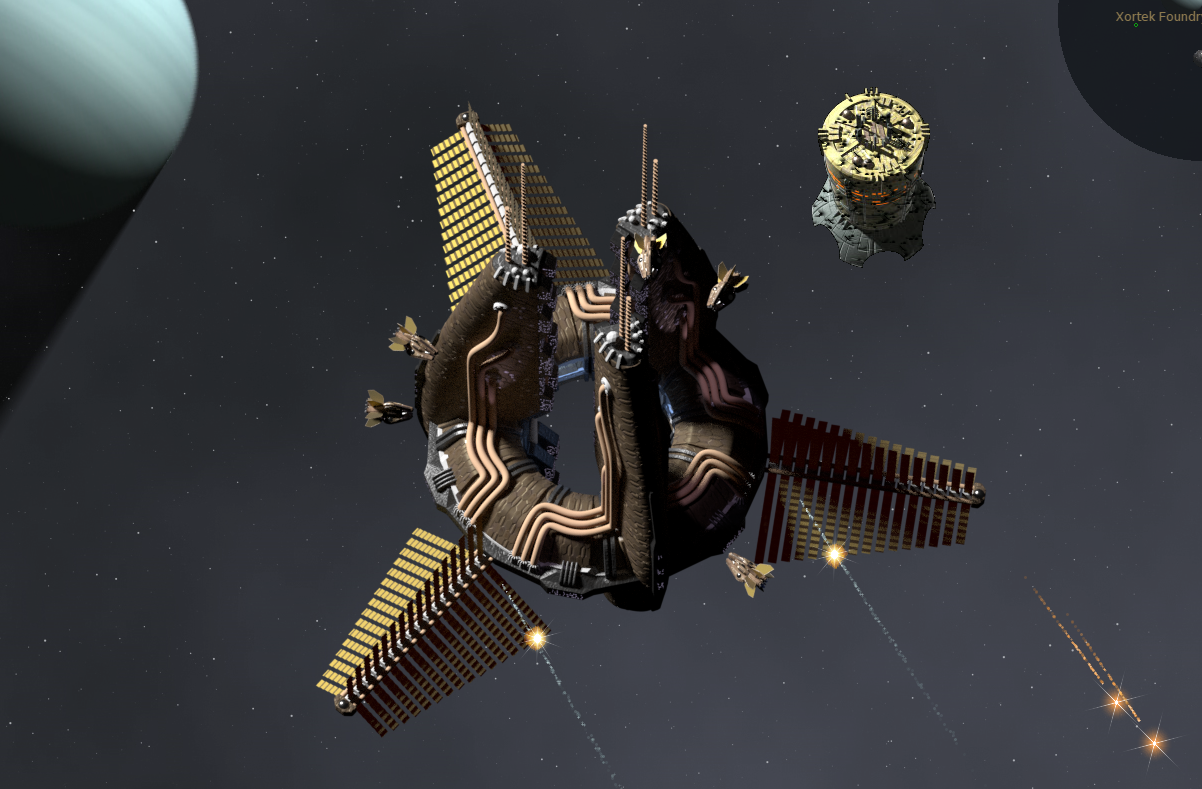 Thanks to the folks on the IRC for helping me out with the XML/Tlisp and George for accepting my code and making the game in the first place.

Looks great. The station, especially the HeroImage, looks good and the blinking lights are excellent.

Love the screen descriptions too. "Synergize some resolution", excellent.

And great looking effects everywhere. Impressive.
I thought the mega-hp plasma launcher might be a bit too much but it is balanced nicely by being slow, turning slowly and being able to be shot down.

If you find some way of getting rid of the brackets around the star name, eg 'a (G2 class star)', I would appreciate it if you could let me know. I need to do this in one of my mods.

Nice work.
Stupid code. Do what I want, not what I typed in!
Top

George uses those parenthesis to indicate he doesn't expect the text to appear in-game. If you're showing it to the player, you can use subset to check if the first and last characters are parenthesis and, if so, remove them.
Top

Mixing the reward between Rin and Credits would be nice since a lot of advanced items & devices only obtainable using rin currency. Or just reward him one of your plasma gun, sir