Raptor: Call of the Shadows

A place to discuss mods in development and concepts for new mods.
Post Reply
3 posts • Page 1 of 1 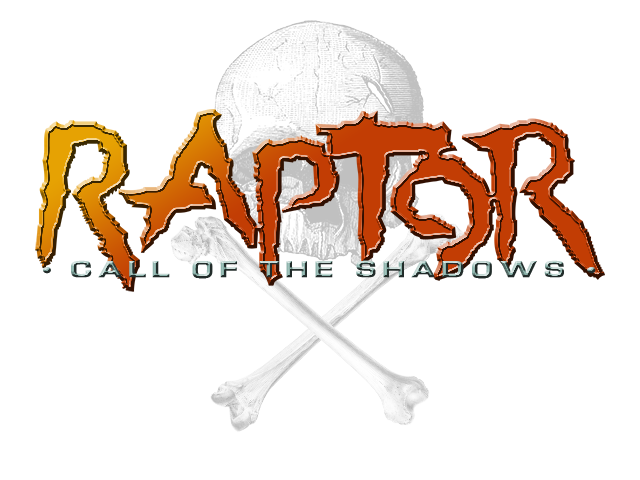 During the last week of August 2012, when I was finishing up the last major updates to Descendence, I started to look at other old-school games that can theoretically be ported into the Transcendence universe, much like how I looked at porting Descent into Transcendence shortly before I finalised the Idolknight Heavy Fighter. With the benefit of hindsight this time, I started looking at simpler games to work with that had interesting game mechanics which would require me to learn more about tlisp in order to implement them. My search eventually narrowed itself down to only two games, both of which I have played extensively at one point or another. Between Raptor: Call of the Shadows and Tyrian 2000, I chose the former, mostly because it had fewer things to work with (i.e. was more manageable).

Before getting bogged down by real life, I was able to create a working development version of my mod that implemented Raptor's credit system, which automatically adds credits to your ship whenever you destroy something, as well as rudimentary recreations of all the weapons in the original game. Although I uploaded this version onto the shared Transcendence Dropbox folder, I opted not to upload it to Xelerus.de because I felt it was still too early in the development stage for me to do so.

As it happens, in recent weeks, I have been held up less by real life, so I was able to resume development of my mod at a comfortable but slow pace. It was when I had mostly finished my graphical touches to the Raptor Supertech Fighter that IronParrot, via IRC, indirectly convinced me that I should upload it onto Xelerus, so I have.

You can get the current WIP here. As I mentioned above, this mod is in a very early development stage, so many features I'm hoping to implement have not been...err, implemented. The weapons may not be balanced as well. What HAS been done (as of the time of this post) is this: And this is a list of what needs to be done before I consider the mod finished: ...A little ambitious mod for a dinosaur game. Again.

Ha! Saw this on xelerus before you made the topic!

Love the Descendence mod (who doesn't?) and on June 19th I will try this one. I expect good things from you!

[18:23] <Androgeos> Arrr. Did somebody download my Raptor mod before or after I updated it a few minutes ago?