A place to discuss mods in development and concepts for new mods.
Post Reply
135 posts

2014/10/09
-Added PSD support (Linked weapons, ship changing, etc.)
-Added fighter manufacturing (Currently 1000 RUs for a Xenophobe Fighter, the PSD cheat menu has been repurposed for the other ships, but no RU cost for those yet)
-Added new driveEffects

mothership.xml now requires "PlayerShipDrones", "PSD_Dn01" and "120Dn01" - they should be available from the Succession modpack.

Very nice drive effects, have merged them and the new manuever stats into this version.

The current bitmask was custom made only to serve as a placeholder. Its flaws appear as jagginess at the bottom of the sprite at certain horizontal facings when the background is not black, e.g. when near a star. Perhaps we could improve that by rendering a blank white version of the mothership and using that as the bitmask.

Sweet, thanks for the update. I haven't been able to do any modding since school started

Going to have to concentrate on school, updates will be few and far between.
Top

Late to the scene, but I'll see what I can do.
Has resurfaced!
Top

Just finished adding Hanger Bay support, the mothership can now launch and retrieve ships. Added Scramble Fighters and Return to Mothership to the Domina Powers menu, since it's more accessible than a dockscreen.

The ship interior dockscreen map is still a mess though, can someone check the download and reconfigure it?

Also wrote some more ideas about the direction in the XML. Please add to them!

No worries, this was always meant to be a long term project. 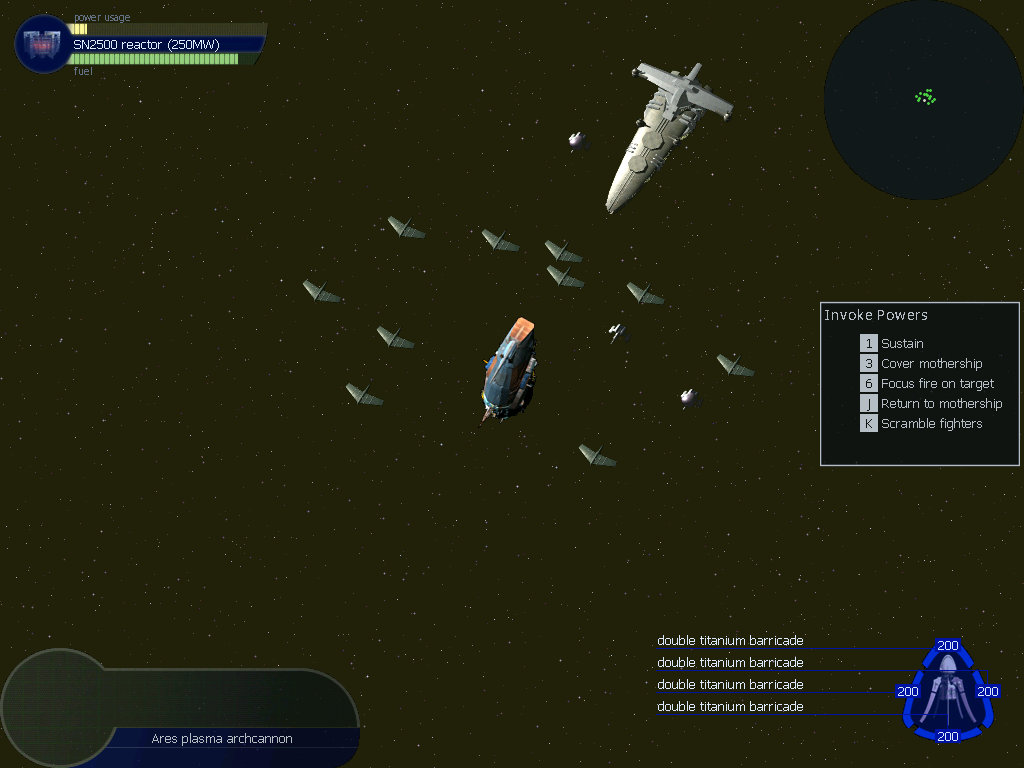 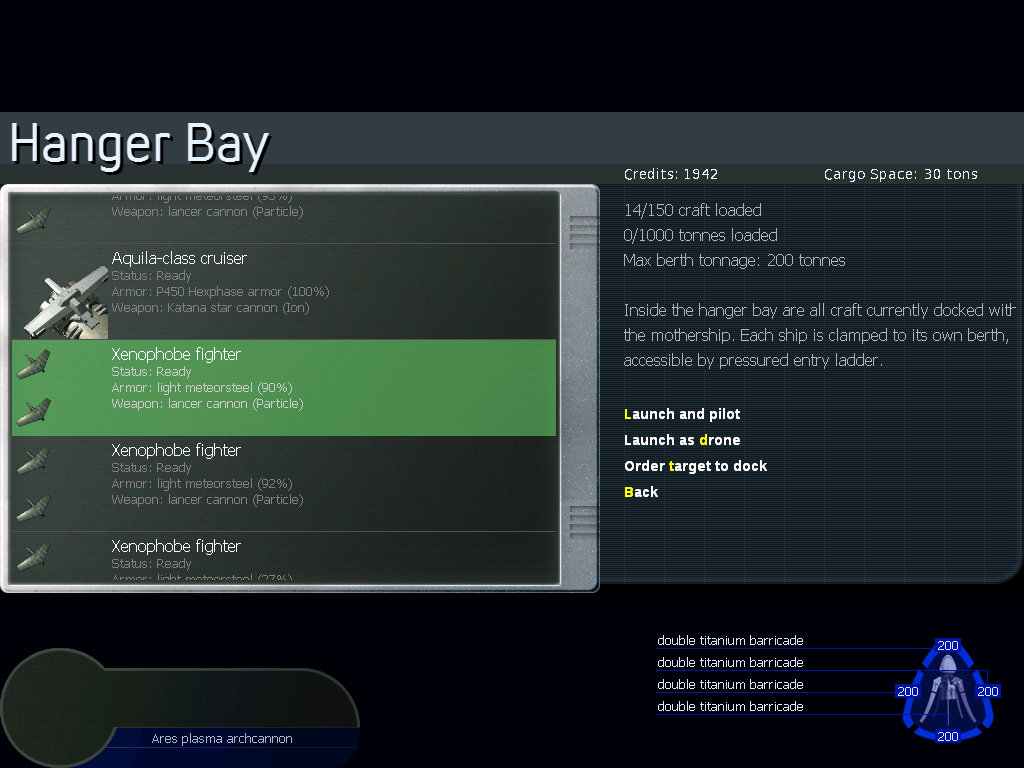 @TVR Happy to lend a hand however I can help. Though I can't code well I can do the other things.
Has resurfaced!
Top

Just select the Mothership POC at the ship select screen. All functionality is linked to the ship interior dockscreen. Shipyard doesn't fully work ATM. Ask away if there is anything else.

Updated the mothership description with the text from the old thread
Refactoring shipyard code (@RPC Use Functions!)
- What should we do next?
- IRC discussion?
- Get updates: http://www.fileconvoy.com/dfl.php?id=g8 ... 5a26519fcb

I'm back from my longterm absence from Transcendence!

Alright, tell us how it goes.

In testing I got a graphical bug which looks like the mothership has a different number of functional facings, than visual facings (so the sprite is either larger or smaller than the number of facings which the ship has)

Measuring ingame, it seems that there are 2/3 as many facings in the spritesheet as there are functional facings for the ship, I'm going to assume a 120 sprite / 180 functional, but I cannot find where in the .xml these setting are otherwise I'd fix them myself.

The game also crashes with the following error when in the map and rotating:

As the most recent version of PSD supports only 1.3, testing has so far only been conducted on 1.3

The patched snippet of code, if it solves the sprite rotation issue, would confirm a bug with 1.5 involving non-rectangular sprites. Let us know if it helps.

With any luck, the next development version should have this fixed as well as having an implementation of Squadron Design. Just need to finalize device selection for squadron design.
Fiction is reality, simplified for mass consumption.
PGP: 0x940707ED, 5DB8 4CB4 1EF5 E987 18A0 CD99 3554 3C13 9407 07ED
Bitcoin: 1LLDr7pnZDjXVT5mMDrkqRKkAPByPCQiXQ
Top

Thanks, I am testing it now.

The new version of mothership.xml is attached to this post. The previous download can be updated with this, otherwise I will try to upload another full archive soon.

Should we upload to Xelerus, or should we wait? Do we need to replace the mothership sprite?

Modified the RPCDSData a bit, converting it into a proper data function. Supplementary work on the dsItems and dsShips. Can't figure out why items occasionally disappear from dsItems, though.

Any chance of a custom mothership model?

Any updates? BTW, RPC and I were developing a Gundam 00 mod, current progress attached to this post.

New version ready for testing and evaluation. What do we need to improve? What should we do next?

Would vote in favor of putting it up on Xelerus since forum feedback is a bit mediocre. I can't really do much this week since midterms on Wednesday and Friday so we'll see. Thanks for working on this TVR and picking up my slack (sorry for disappearing during holidays and not responding to your IRC ping >.< )
Tutorial List on the Wiki and Installing Mods
Get on Discord for mod help and general chat