I'm planning on using Ranx graphics for some ships in my own (too big for its own good) project, so I made some others since they only have 2 ships and 2 stations at the moment. I made a ship and a turret.

Feel free to use these for whatever you want!

Thankyou for your hard work!
I can not get graphics to ever play nice for me so I am one person that appreciates it when people create something

Personally I do not see myself using these for at least a few months because I am slowly packing to head to the lower states and my desktop hard drive is dying : so it is packed away : but when I settle I will look at trying to fit them into a game : might never be as creativity put in game as , say , RPC or PM could do it

Nice job. The Ranx are pretty wierd for only having two ships (I know Wolfy's been working on that with TSB and the Ranx Extension). Did you use the stock models textures, or are you using replications?
Mischievous local moderator. She/Her pronouns.
Top

I didn't really use textures; just solid-color materials in Blender and some light noise effects in GIMP. If I were doing a huge model with large flat surfaces I'd probably spend some time on UVing and texturing, but as it is the model isn't big enough to really need textures.

SolarDragon mentioned in IRC adding a bit of blue to the materials, and I may recolor the frigate a bit in GIMP (anyone else is welcome to do that too

), but I'm not sure that it warrants a separate release.
I'm here to shift paradigms and chew bubblegum... and I'm all out of bubblegum.

Tell us your graphics secrets!
Tutorial List on the Wiki and Installing Mods
Get on Discord for mod help and general chat

New ship! I made three concepts this weekend, so I won't be making any more Ranx stuff unless I get inspiration... and 5 ships is great to work with anyway.

(Imgur is down, I'll rehost this one on Imgur in case postimage doesn't play well with hotlinking, but it seems ok.)
I'm here to shift paradigms and chew bubblegum... and I'm all out of bubblegum.

the bomber is awesome !
thank you vm for your hard work !

Someone in IRC wanted XML to put these ingame, so I made a short file that adds them. They will be found guarding Ranx stations and in random encounters.

Ranx Bomber: Armed with 3d12 XM900 Lucifer missiles, about the same armor as the Ranx gunship.

Ranx Fortresses are now generated with 8 turrets surrounding them in an X pattern. 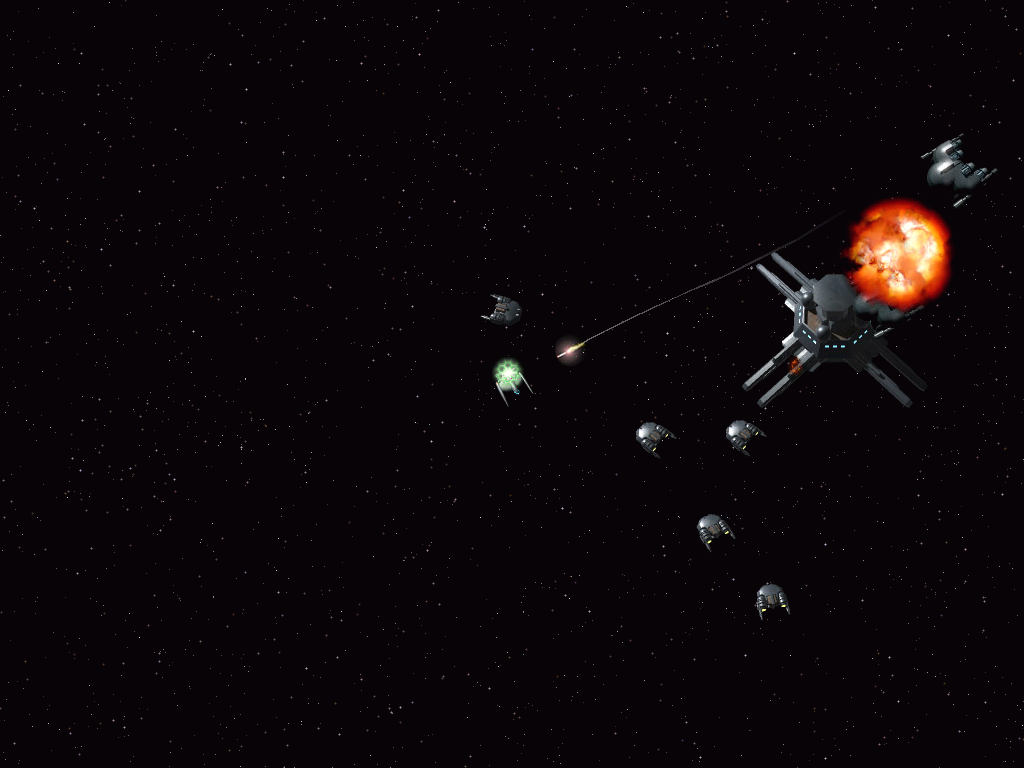 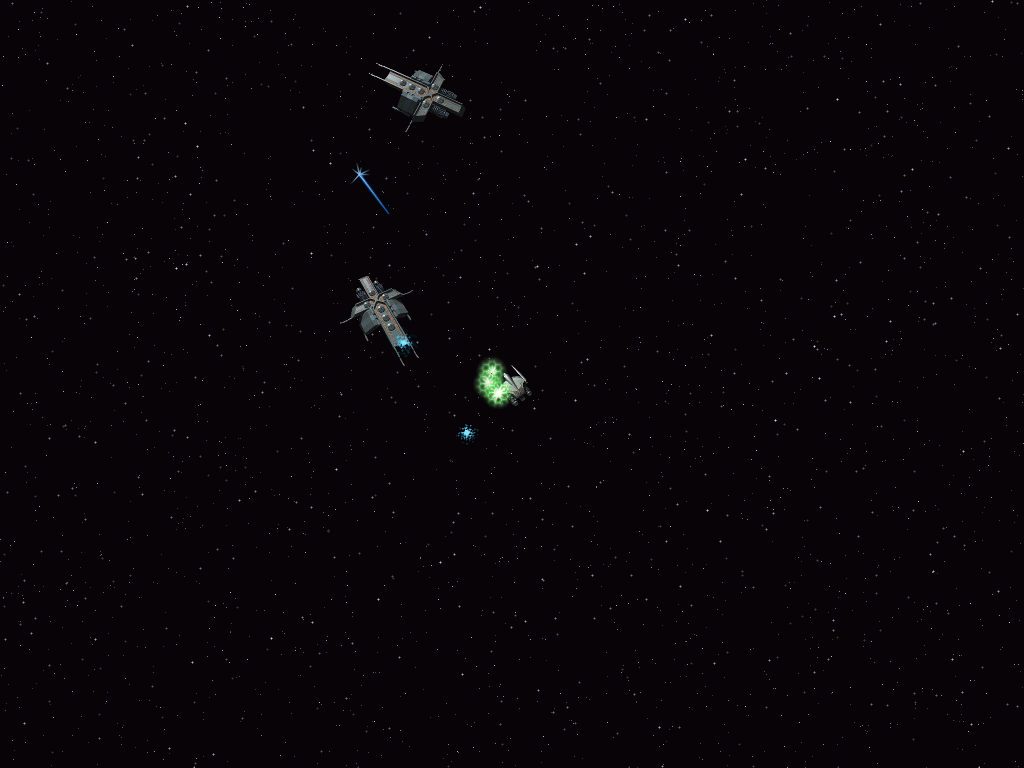 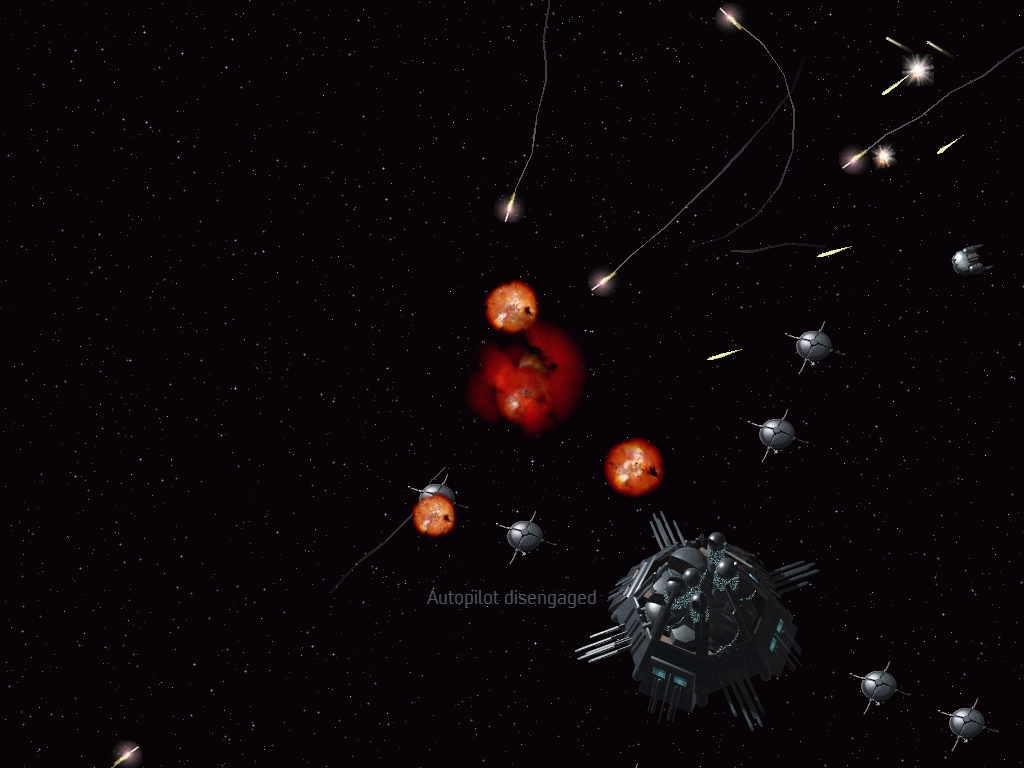 The bomber is rounded to a degree other Ranx ships are not.
Literally is the new Figuratively
Top

I think the Bomber looks like they smoothly welded the chassis from 3 of the smaller fighters together.

Excellent graphics, by the way

Atarlost wrote:The bomber is rounded to a degree other Ranx ships are not.

I thought that a bit too and it's a valid concern, but the bomber is styled after the gunships and probably some of the chassis is interchangeable. Of the two ships and two stations (a quite small sample size), one (the gunship) sets a precedent for rounded Ranx designs in smaller ships- which is why I went with it for the bomber and turret. The bomber isn't really supposed to be cruiser-sized, and I may scale it down to 64x64 for my own project rather than 96x96.

Thanks for your input! Criticism is always valuable.

Is it just the gif, or is there a slight "bump" in the rotation?
Top

The gunship has a slightly convex top, but it's not round otherwise.

The ones docked at the outpost on the left have the best angle to see how they're really shaped.

Literally is the new Figuratively
Top

LordSutekh: probably just the gif. I copied every frame into the same area from the spritesheet after making the spritesheet, so some of the images may be off.

Atarlost: That image is much clearer, but I was going solely on the ingame graphics, which appear to be curved not just because they're too small to make out detail but because of the lighting in the image. The bomber may not be typically Ranx, but since the gunship also looks curved, the bomber doesn't look too weird next to the other ships.
I'm here to shift paradigms and chew bubblegum... and I'm all out of bubblegum.

The top looks more curved in game, but I can see the angled front faces in 90-270 degree facings and the octagonality is clear at 45, and 315.

Your turret does appear to have a frustrum below the dome cap, which makes it a better match, and round structures do appear in Ranx stations, but only simple domes or globes.

I cannot endorse the bomber for ORE. I'm not the final word, but I think Wolfy will agree.
Literally is the new Figuratively
Top
Post Reply
19 posts