Come Aboard NASA’s First Mission to Touch the Sun

Talk about anything not related to Transcendence.
Post Reply
3 posts • Page 1 of 1

Want to get the hottest ticket this summer without standing in line? 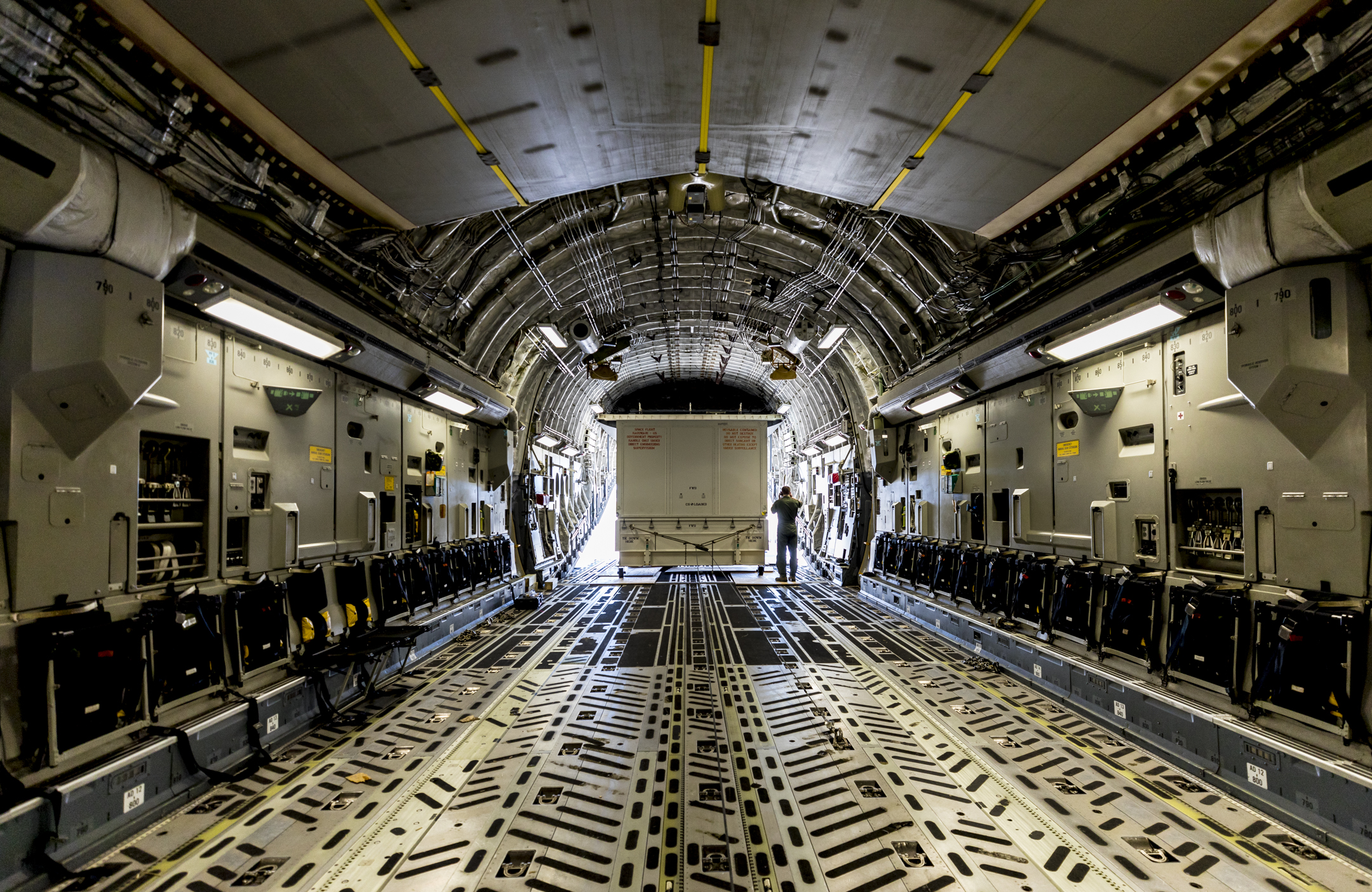 NASA is inviting people around the world to submit their names online to be placed on a microchip aboard NASA’s historic Parker Solar Probe mission launching in summer 2018. The mission will travel through the Sun’s atmosphere, facing brutal heat and radiation conditions — and your name will go along for the ride.

“This probe will journey to a region humanity has never explored before,” said Thomas Zurbuchen, the associate administrator for the Science Mission Directorate at NASA Headquarters in Washington. “This mission will answer questions scientists have sought to uncover for more than six decades.” 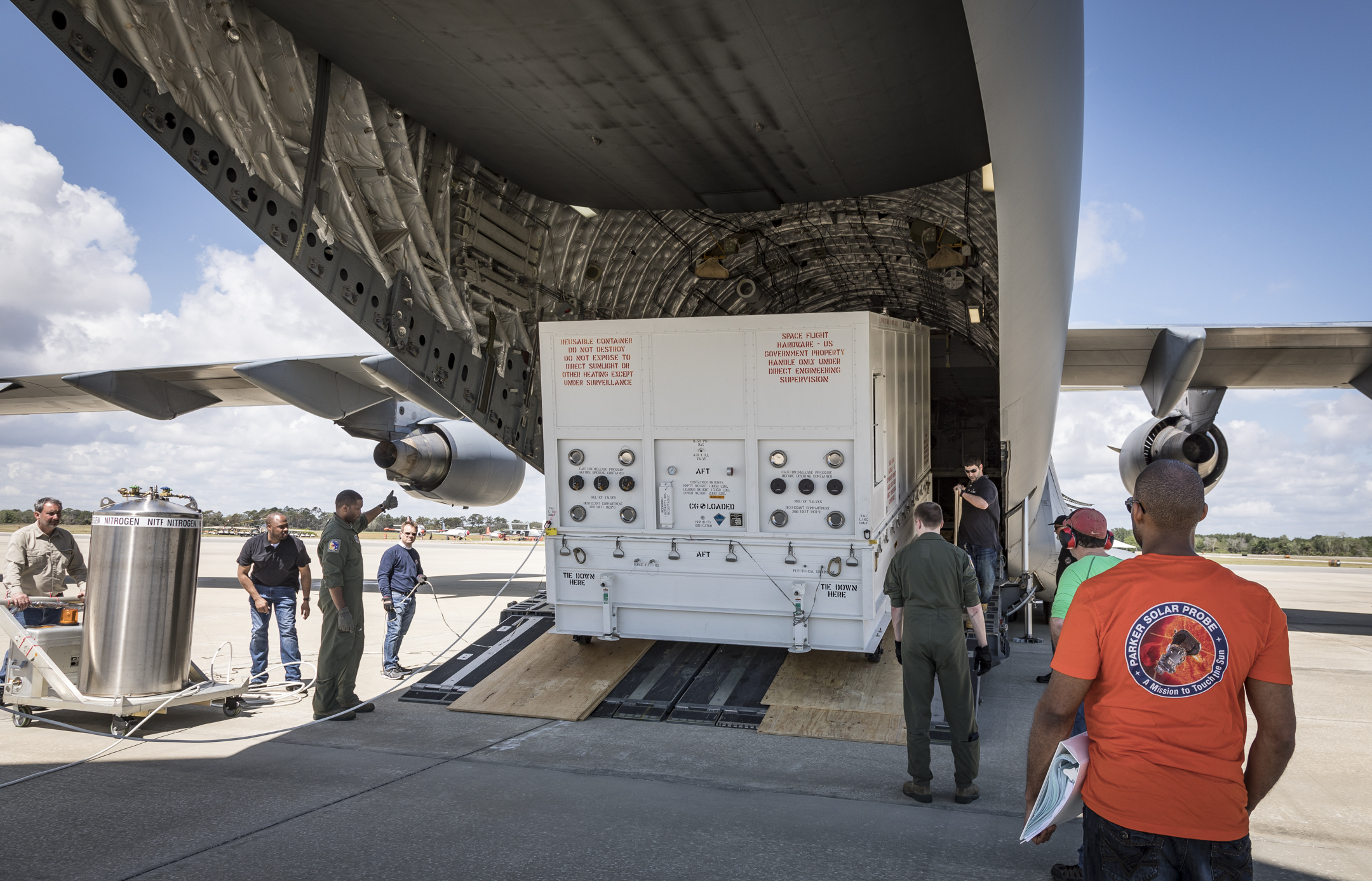 After unloading, the spacecraft was taken to Astrotech Space Operations, also in Titusville, for pre-launch testing and preparations.
Credits: NASA/Johns Hopkins APL/Ed Whitman

Understanding the Sun has always been a top priority for space scientists. Studying how the Sun affects space and the space environment of planets is the field known as heliophysics. The field is not only vital to understanding Earth’s most important and life-sustaining star, it supports exploration in the solar system and beyond. 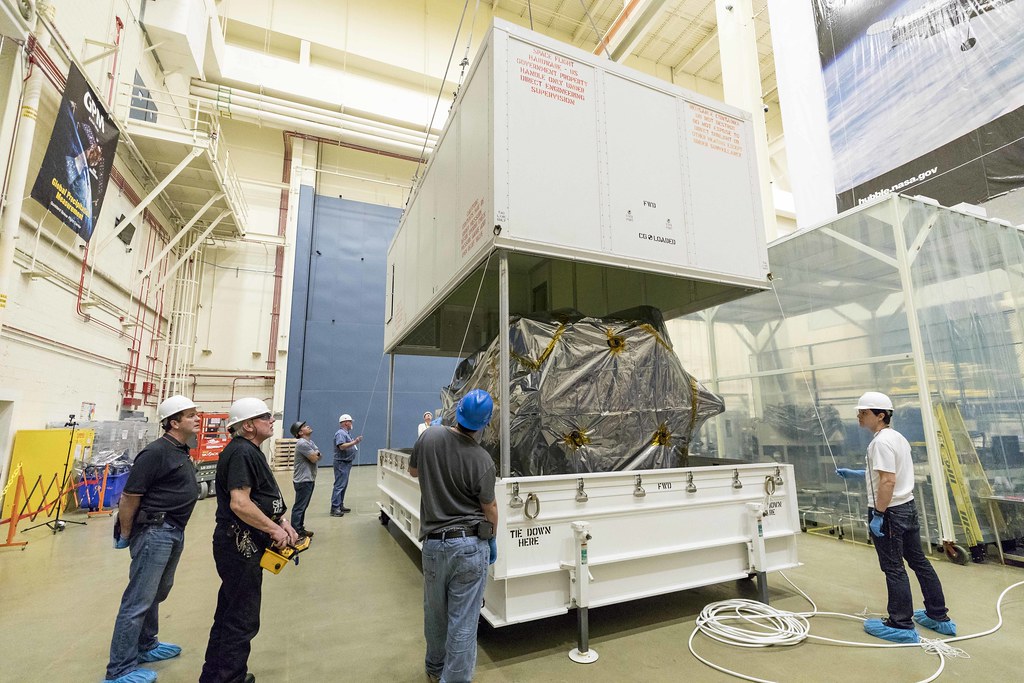 Parker Solar Probe – wrapped in protective plastic – is shown on March 29, 2018, as the lid is lowered onto its shipping container at NASA’s Goddard Space Flight Center in Greenbelt, Maryland. The spacecraft is shipped on its side to allow for more easy transport and to avoid height-related obstacles such as bridges. From Goddard, the probe was taken by truck to Joint Base Andrews in Maryland and flown to Florida aboard a United States Air Force C-17.
Credit: NASA/Johns Hopkins APL/Ed Whitman

Submissions will be accepted until April 27, 2018. Learn more and add your name to the mission here:
http://parkersolarprobe.jhuapl.edu/The- ... me-to-Sun/

*** The original address named "Hot Ticket" doesn't always work :
IF there is any trouble reaching the correct page, go to :
https://www.nasa.gov/feature/goddard/20 ... ch-the-sun

or start at the top with :
https://www.nasa.gov/
And scroll the NASA Events in the upper right of the page. Typical Government Computer Systems......
After Submitting Your name with Email , you will get a confirmation Email -
This one will be entitled :
Parker Solar Probe - Confirmation Required

Your Spam Filter ( or in my case, the Contacts Only settings ) should be disabled OR you can add :
[email protected]
to your contact list if the email doesn't show up quickly.

From that stage you click the link, which takes you to a "thank you" kind of page, THEN yet another link to get your actual ticket image in .pdf.

It can take up to 4 hours to get your email....depending on the time of day ( at the server's location ) the entry is submitted because they probably only have the one email program.

** Don't turn off your Spam filter so fast -
You will get YET another email confirming your entry :
Parker Solar Probe - Confirmation Complete From the same address.
Flying Irresponsibly In Eridani......

Hey ! Nice you got a ticket ! I suppose availability is going to be very low, isn’t it ?

No, it's usually printed out on Microchips . I could ask what the enrollment # was after the launch ( if you remind me to..... "I know a guy that knows somebody "