From an idea in the ministry topic "Allow dock services to work on non-player objects"
https://ministry.kronosaur.com/record.hexm?id=79374
The image shows one possible way of allowing dock services for wingmen.

Two EI freighter autons, an EI100 and an EI7000, are docked at Starton Dry Dock. The playership (Taipan) is also docked.

Dock services for the EI7000 was selected and the image is the dock services "Install" screen for weapons for that ship. (Ideally the dockscreen title would be "EI7000 weapons services" or similar but changing dockscreen titles is difficult ATM. TODO.).

As stated in the ministry topic, the dockscreen list is a complete list of uninstalled weapons from all four objects with item data added to allow the tabs to show them separately. (It is a duplicate list, not the actual devices from the objects.)

The EI7000 was selected (via the dry dock "Dock Services" action) from the shown carouselSelector screen which currently shows normal ship stats. The bottom part of the display could be altered to show a list of devices in the hold of the relevant object and other useful info.
Another feature could be 'greying-out' of any of these devices that can't be installed by the station.

Of note is the two actions available in current dock services screens. "Upgrade" or "Install". To preserve these actions the updated EI Freighter Autons mod will split station devices from this list and show them from the "Upgrade" action and all playership/wingman devices will be shown in tabs from the "Install" action. 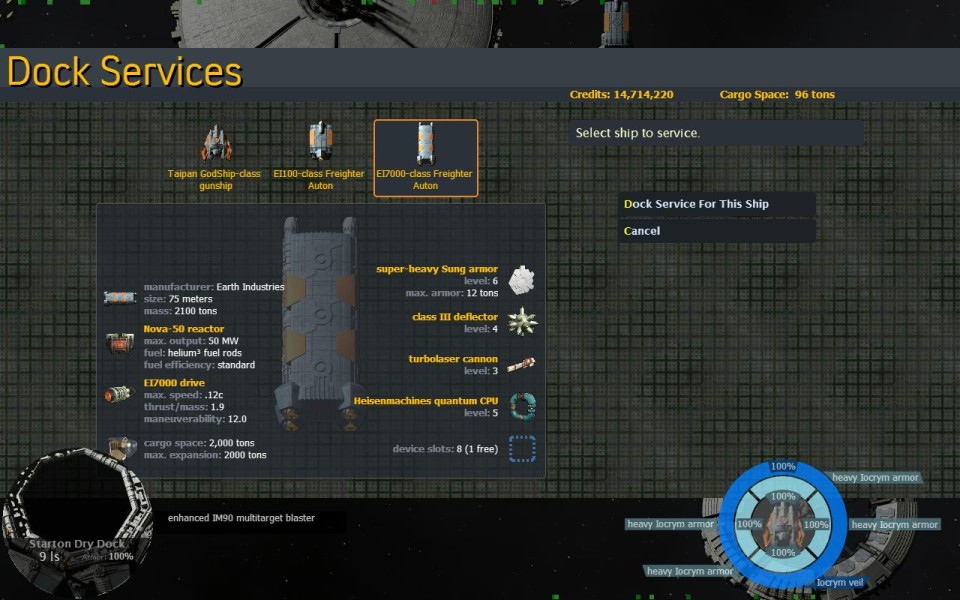 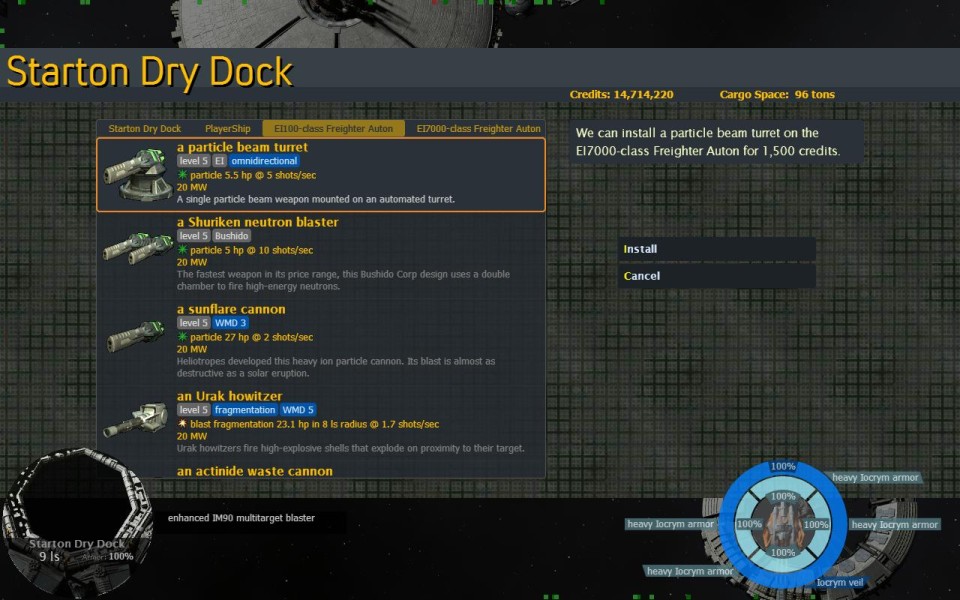