New releases and announcements from George and the staff.
Post Reply
16 posts

I'm very excited about this release. Beta 4 has the following major features:
Also check out this video where I show these features: https://youtu.be/8j_MvDeqfic

Thanks to everyone who made suggestions and bug reports!
Top

This file seems to be Alpha 4, rather than Beta 4! Am I mistaken?
Curious about real-life aliens? www.antareanjourneys.com
Top

I noticed something weird on escort systems. Every ship that escorting a ship is always positioned on front. This happens on Marauder raid platform and one of my mods that uses escort is also this get bug. 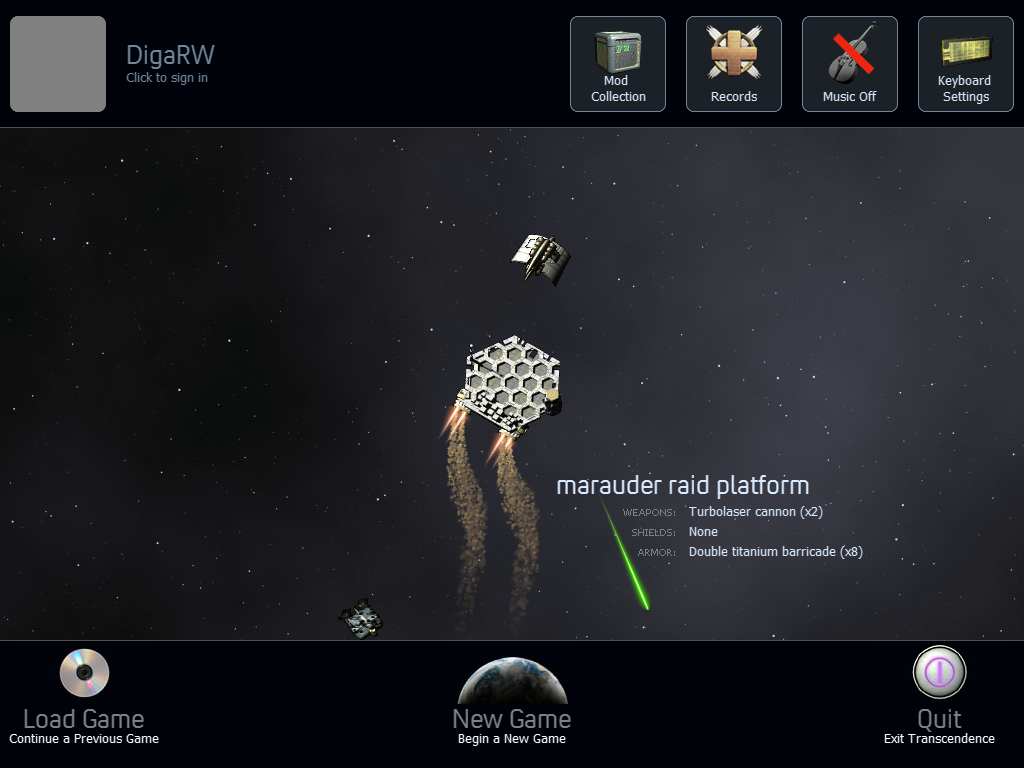 Awesome work. Those timers and squadron command looks cool. Those shields and mines too.
Top

I've only made it as far as St. Kat's, but the Sapiens mines are really good. The mines lingering and being a threat while you're looting the station, it feels very thematically appropriate for the Sapiens and their nuclear waste.
Top

What did you do to the ore gathering ? Just fly over to pick it up ?
Top

I'm stuck in the wall of the battle arena on a registered version, how do i get myself out?
Top

I'm honestly very excited with the changes I've seen and the amount of progress since my previous registered run!
Found an interesting bug with the Novoya armour repairer, where it couldn't be re-enabled without removing/reinstalling it.
Was periodically switching it off as I would overload when running my dual turbos while in combat otherwise
https://1drv.ms/u/s!AqAC3lBaPfMowF2FGgP ... h?e=jOKlDL
Extensions ran were CC/NSE (registered game since it's been a while)
Last edited by jtthejam on Sun Aug 22, 2021 6:26 pm, edited 1 time in total.
Top

Found a slight spelling error with the Centauri Warlord's Settlement
https://1drv.ms/u/s!AqAC3lBaPfMowF7bkAO ... J?e=55FNk0
Commonwealth residentials has a similar minor capitalisation issue as well, if I recall correctly
Last edited by jtthejam on Thu Aug 26, 2021 4:56 am, edited 1 time in total.
Top

This Viking seems pretty bugged, it's ignoring everything and being ignored by everything
https://1drv.ms/v/s!AqAC3lBaPfMowGGRGo8 ... R?e=95qGbs
Top

The Eurasian Diarchy Commune's firing position needs to be adjusted - looks as if it's firing from empty space
https://1drv.ms/v/s!AqAC3lBaPfMowGydAo4 ... z?e=es1Hco
Top

Ellen Quinn didn't join after paying her fee - achievement log only shows "Offered to save Ellen...."
RIP credits, I did take quite a while to gather the credits
Here's a save file just before finishing that bit: https://1drv.ms/u/s!AqAC3lBaPfMowG982jq ... L?e=OAY7ie
Top

First impressions of mining:
Getting Expert Miner in Eridani was quite unexpected... it spawned with three volcanic belts which yielded a *lot* of titanium (enough for the first two systems' shops to all stop accepting titanium ore)
Perhaps the mining XP should be multiplied by the square of the level of the ore?
Mining profitability seems pretty high, although definitely not as much as some of the cheesy methods, but I did earn 400K after mining out the dense belts in the starter systems before St K's at a rate a lot faster than say illegals smuggling (if you don't liquidate all the cancer dust) or normal fighting/looting
Mechanics wise, it's really good. That being said, I'm not the biggest fan of the mining missiles - partially because of my mining style (drifting slowly while autofiring mining laser), and partially because you have no real control over what asteroid is targeted (other than proximity) , which when accompanied by the turning radius of the missile can cause it to just circle around asteroids and not hit anything

I would say a good accompaniment to the current mining system would be further expanding the Tinker's system's recipes, or alternatively further expanding what could be done at say, autofacs, or the UAS shipyard, etc.

Has the probability of Korolov's spawning changed? I'd only had a single spawn in my save game (excluding Charon's guaranteed spawn), and it was in a Near Stars system near Sol
Or maybe my RNG was just bad
Top

Thanks for the new version. A few comments after an hours playtime.
Last edited by ShaggyMoose on Thu Oct 07, 2021 12:57 pm, edited 1 time in total.
Top

I prefer so-called Challenge being the default because stats are at the baseline and it was the classic difficulty before difficulty levels were added.

Down arrow as default is awkward at first, but handy after getting used to it because all movement can be done with one hand.
Download and Play in 1.9 beta 1...
Drake Technologies (Alpha): More hardware for combat in parts 1 and 2!
Star Castle Arcade: Play a classic arcade game adventure, with or without more features (like powerups)!
Playership Drones: Buy or restore exotic ships to command!