A place to discuss mods in development and concepts for new mods.
Post Reply
7 posts • Page 1 of 1

I've recently installed 3ds Max on this computer and I decided to take up making playerships and learning how to mod Transcendence as a hobby. 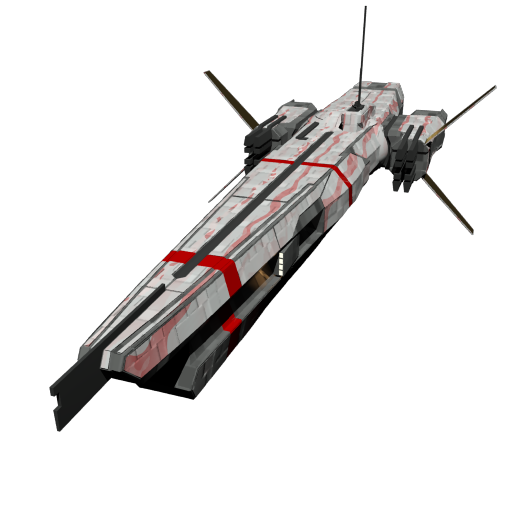 The Katana was designed to be a hit-and-run type vessel, either closing to range while firing its main armament at an enemy or hitting it with missiles and long-range kinetic weaponry from a distance. It is very fast, able to keep up with most gunships, but not very maneuverable.

Download 1.0z Here
Changelog
1.0c: fixed an issue that prevented the Katana extension from being selected. Apparently I have to call the TSB library now. Added interior compartments.
1.0d: Some outstanding issues
1.0z: Changed the model some. The ship now detects stations in a 250ls radius. PSD compatibility.

Todo:
Move sensor functionality to an 'active sensor' device. Activating it will scan a 250 ls area, but will have a chance of increasing the number of enemies sent at you by hostile sovereigns.
Make planning maneuvers an important fact of gameplay. Massive fuel use when firing thrusters?

Credits to:
JohnBWatson for Pale Blue Light, which helped me get my head around making a playership.
PM for Playership Drones. I used some of the armor segment code from the EI7000 playership
AssumedPseudonym for help with setting up the 3d model, and the syntax
Wolfy for the sprite sheet generator, and
George Moromisato for such a great game
Last edited by BienM on Sun Sep 11, 2016 5:31 pm, edited 1 time in total.
Top 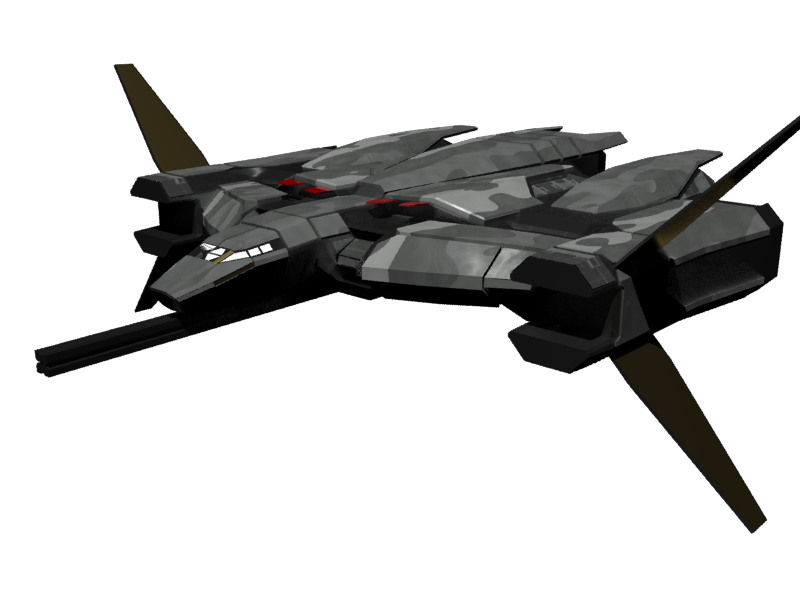 A few days after your vision, your father summons you to his deathbed. He reveals to you that he too was a pilgrim, but lacked the conviction to finish his journey. Filled with shame at his cowardice, he returned to his family. With his dying breath, he bequeaths to you his old ship and implores you to succeed where he failed.

Will you honor your father's last request?

That reskin on the Katana is very impressive. I liked the original model too, but the new version fits the game perfectly.
Permadeaths: Vanilla, CC (No Domina Powers), EP

JohnBWatson wrote:That reskin on the Katana is very impressive. I liked the original model too, but the new version fits the game perfectly.

On another note, I'm putting out a call for help for scripting. I'm moving the Katana's sensor functionality to an item to allow for further expansion of functionality. I want it to scan the area six times on each activation, with a delay of ten seconds between each scan.

It scans properly when the code in the sensorTest event is placed in the Invoke element, but it only does so once with each use. I think externalizing it so that it can be called by a timer would be the correct method, but I'm having no luck with getting it to work so far. Activating the device results in it sending the message "Systems initialized" but does not run the sensorTest code, with no errors attached.

I've still yet to create the counter that makes it run six times too.

If you don't want them all to happen at once, you've got to either use a recurring timer (and stop it after some number of iterations), or set each timer for a different amount of time. For instance: