1.3 is now released as a stable build. The official announcement is here:

p.s.: I've also uploaded a new TransData, which will work with API 22 and prior versions: http://kronosaur.com/downloads/TransData.zip
Top

The music is great!

I really like how it fades out when switching soundtracks for the different situations.
Top

My initial impression is that the soundtrack is too quick to transition from exploration to battle music. The battle music is really dramatic, so my gut feeling is that it should only be triggered when the player is targeted by a capital ship, by a major station, or by a bunch of ships all at once. After all, the player spends a lot of time fighting random patrols that in the grand scheme of things aren't really very important or dangerous. Exploring on autopilot practically guarantees that you will run into enemies every 30 seconds or so, which isn't enough time to get into the exploration music.

Edit: All music just stopped completely after half an hour or so.
Top

Congratz, I'm always amazed by how fast you progress from RC1, RC2 to Final!

just noted that the downloadable file is now Transcendence.zip and not TranscedenceNext.zip
we might want that too, so that external websites can always download the latest version ?

I found another silly little bug. After massacring the initial Sisters station for their loot, the standard intro message still plays if you haven't docked before. Would've spotted it earlier, but I was testing Benedict instead of making my standard start.
Top

Coordinate plains originate from stars, and sometimes stars in binary systems get placed in a way that the plains overlap in a weird way. I would suggest that secondaries only get placed at coordinates that are integer x - y values relative to the primary.
Top

Got this error at the destination station of the corporate hierarchy dwarg defense mission.
Top

I’ve got a weird one, here. Just for grits and shins, I turned off the shields and shot at a moon, the one near Starton Eridani that has the Centauri camp. This is the resulting epitaph:

Aeon Blaze brought this one up over on IRC, having issues with side-mounted weapons not attaching to a ship properly. More specifically, the overlays were much closer to the ship’s center than would be expected, and were sort of “drifting” in relation to the ship’s rotation. I tested my own ships and had exactly the problem. Just to be thorough, I checked out the vanilla and CC playerships while I was at it. This is an example of the results I had:

The off centerness is obviously a Z offset problem. Specifically any ship with nonnegligable edge thickness will not have the apparent top surface at z=0 but the overlay placement script assumes that z=0. This is why they center properly on sandstorms, but not the freyr with its high mounted wing.

Unless the CC playerships moved to 8 bit masks, but the vanilla playerships haven't so I assume they haven't either.
Literally is the new Figuratively
Top

The problem exists with the EI500 as well, I just didn’t get a screenshot of it like I did for the Freyr. 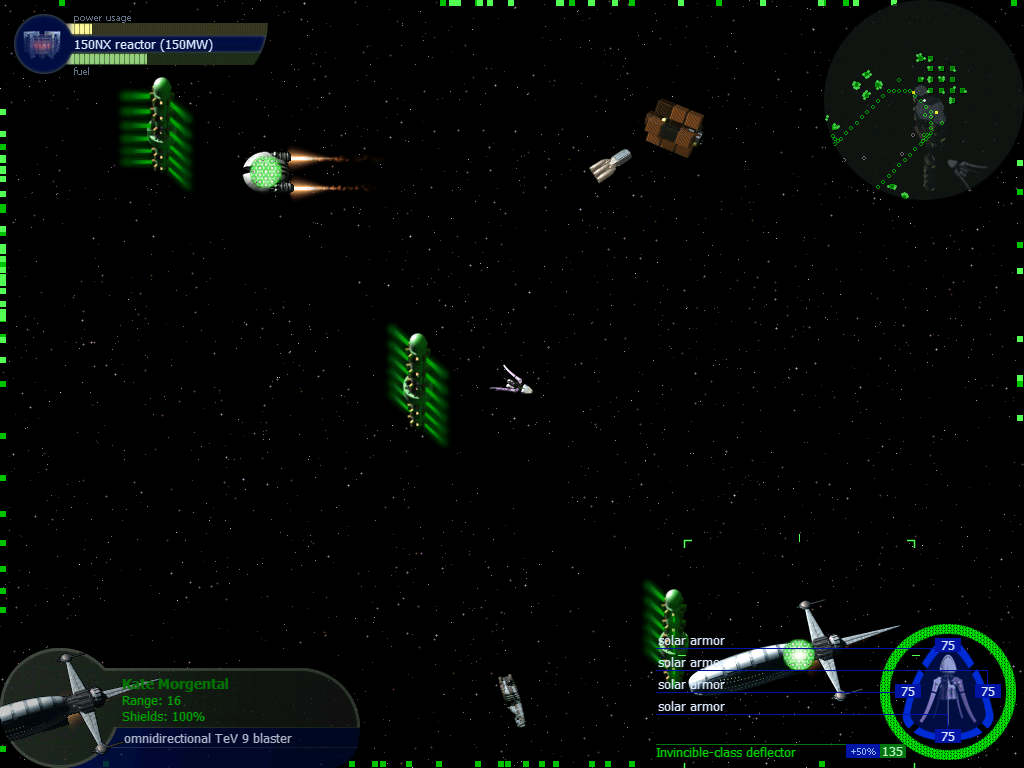 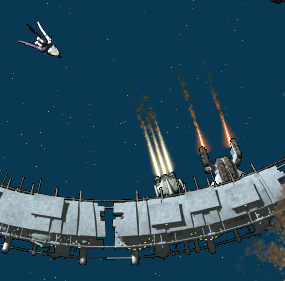